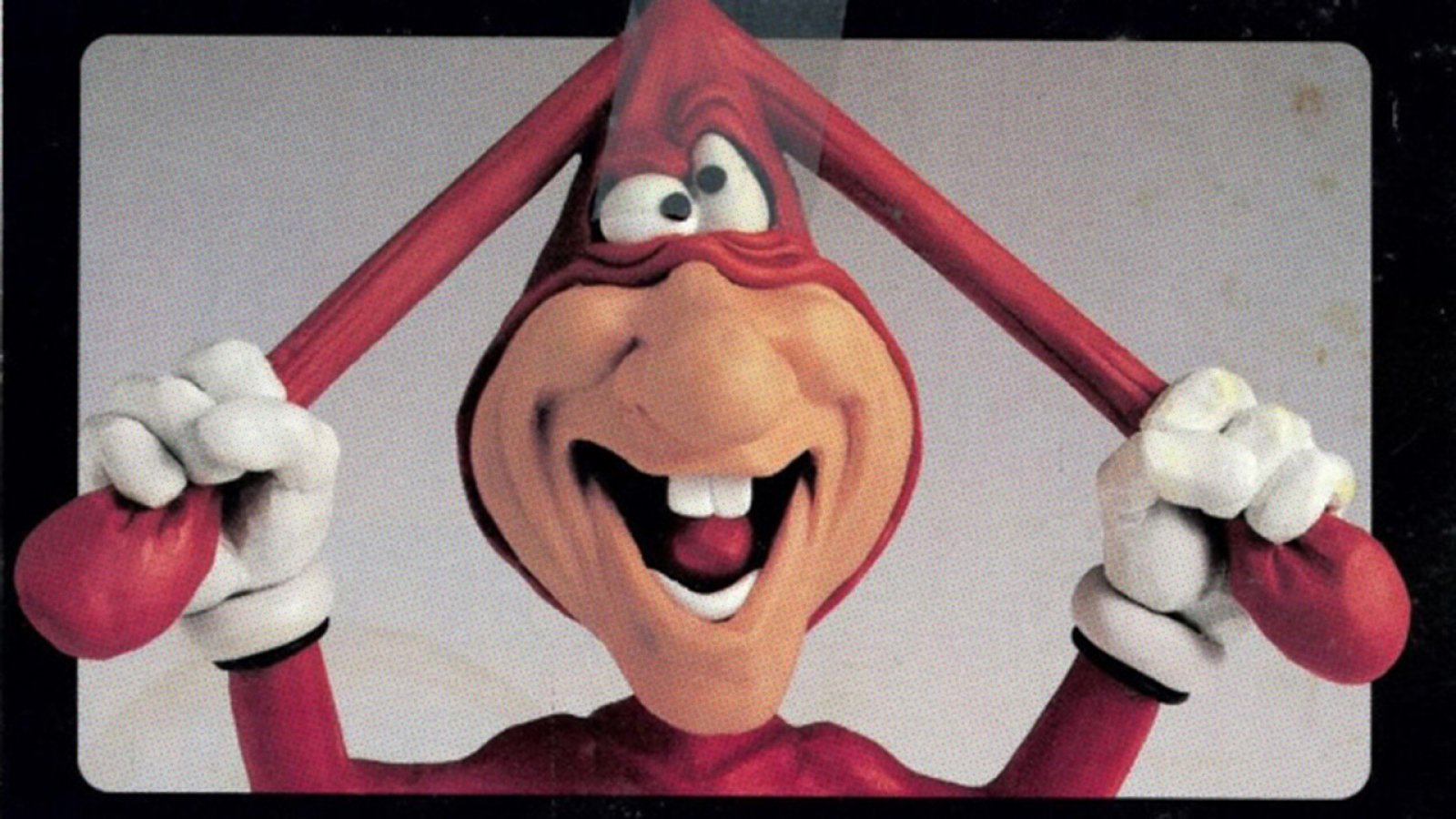 The Priceonomics blog tells the story of a childhood icon, Dominos Pizza mascot “The Noid.”

A troll-like creature, the Noid was outfitted in a skin-tight red onesie with rabbit-like ears and buck-teeth. Will Vinton, whose studio animated the creature, described it as a “physical manifestation of all the challenges inherent in getting a pizza delivered in 30 minutes or less.” Its name, a play on “annoyed,” was an indication of its nature: many considered the Noid to be one of the most obnoxious mascots of all time. Throughout the late 80s, Domino’s ran a series of commercials in which the Noid set about attempting to make life an utter hell for pizza consumers.

On January 30, 1989, a man wielding a .357 magnum revolver stormed into a Domino’s in Atlanta, Georgia and took two employees hostage. For five hours, he engaged in a standoff with police, all the while ordering his hostages to make him pizzas. Before the police could negotiate with his demands ($100,000, a getaway car, and a copy of The Widow’s Son — a novel about Freemasons), the two employees escaped. In the ensuing chaos, the captor fired two gunshots into the establishment’s ceiling, was forcefully apprehended, and received charges of kidnapping, aggravated assault, and theft by extortion.

The assailant, a 22-year-old named Kenneth Lamar Noid, was apparently upset about the chain’s new mascot.

So… that’s what happened to the Noid.