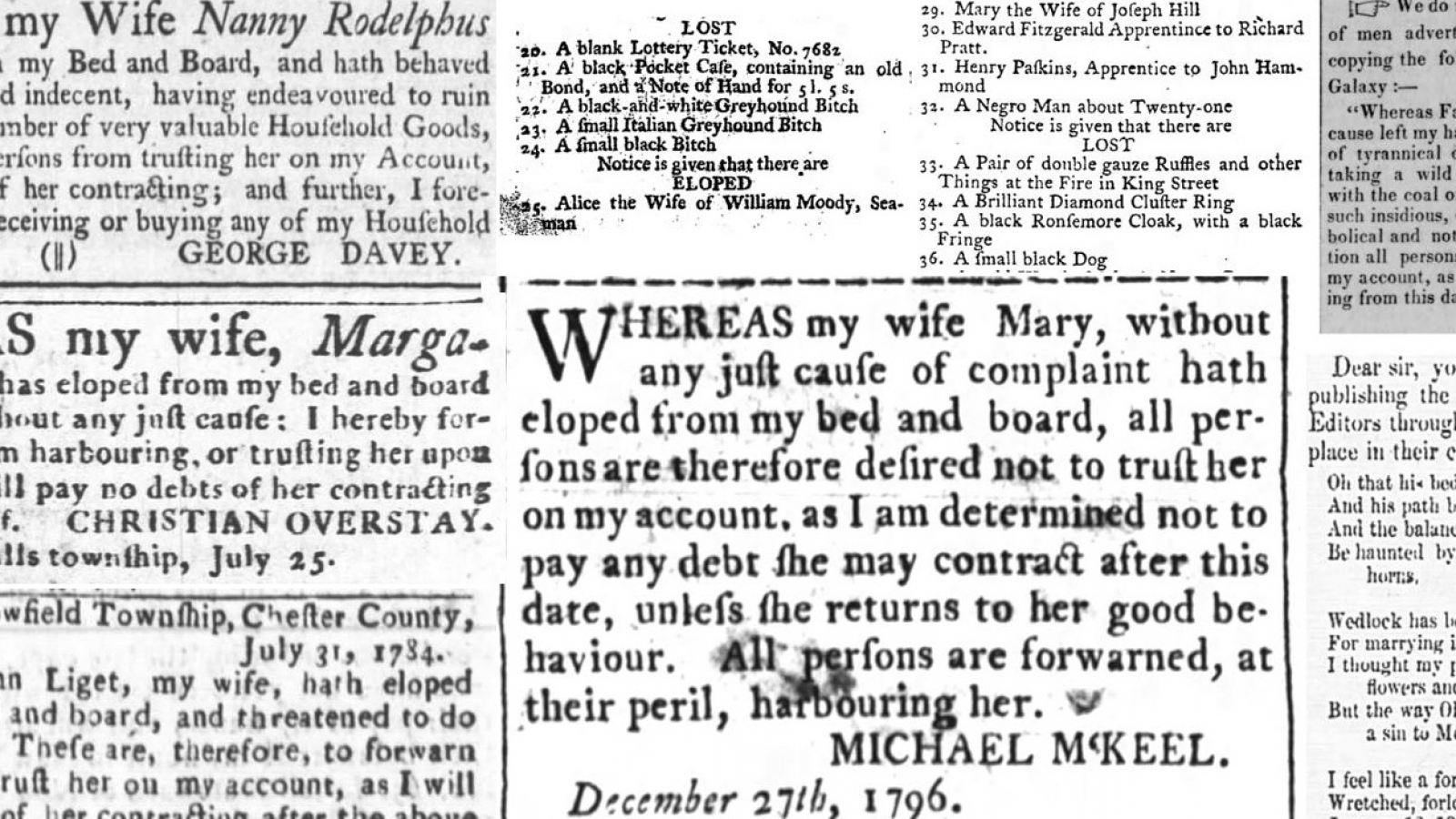 It’s not always chocolate candy and roses in relationships – and that’s true in this blog post. With Valentine’s Day coming up, Boston.com has written about the curious history of publically shaming one’s former flame by way of the classified ad.

For more than 300 years, newspapers ran advertisements from men publicly announcing their wives had left them, and that they would no longer “be responsible for her debts.” Hundreds of thousands of ads like these ran in virtually every newspaper across the country, from small town weeklies to The Boston Globe and The New York Times.

The first known example, according to Indiana University historian Kirsten Sword, who is writing a book on the history of “wayward wives” ads, was in 1656. Christopher Lawson posted notices around Boston warning that “none should trust” his wife Elizabeth, who he claimed planned to “blemish my name … and ruine my estate.”

Soon enough, announcements similar to Lawson’s were running in newspapers across the country.

Each ad had three consistent components: a reference to “my bed and board,” an indication that the wife had “eloped,” and a declaration that the husband would “no longer be responsible for her debts.”

With divorces difficult—if not often impossible—to obtain, the options for women in unhappy or abusive marriages were limited, and many simply fled.

For husbands, the ads were thought to provide an efficient and relatively inexpensive way to “self-divorce,” simultaneously protecting both their wallets and reputations.

Newspapers, which at the time relied significantly on aggregating interesting news reported by other papers across the country, quickly began including the juiciest ads posted by husbands and wives in other cities.

Read the entire history at Boston.com.