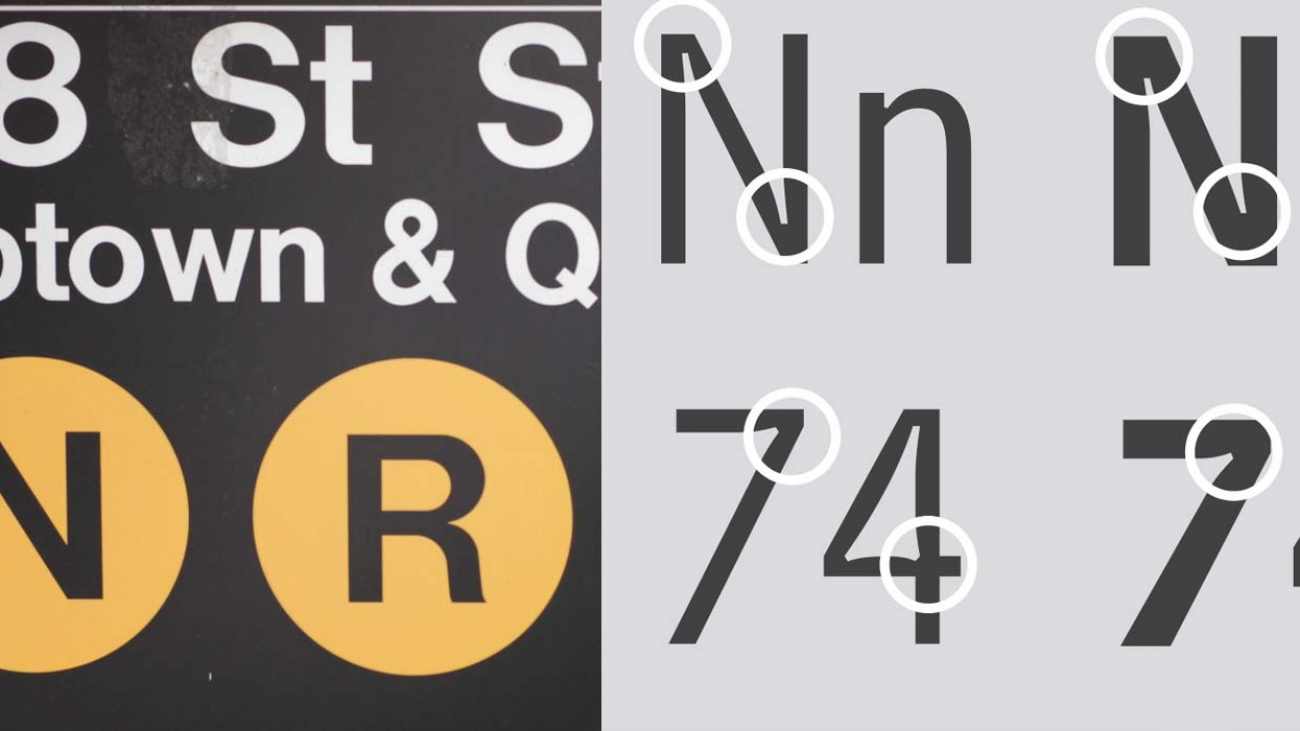 For every news story or advertisement you see, there is at least one writer who has agonized over every word. But a designer has also agonized over how those words look. This is a list that shows just how much thought goes into the look of letters.

The two shown in the featured image are Helvetica and Bell Centennial.

This list just wouldn’t be complete without Helvetica — not only is Helvetica everywhere; it also has an entire documentary devoted to it. In that film, design writer Rick Poynor explains that Helvetica was born of the “idealism” and “sense of social responsibility” among designers in the post-World-War-II period. That idealism, combined with a need for “rational typefaces” for things like official signage, helped Max Miedinger and Eduard Hoffman create Helvetica in 1957. And because of its simple, clean look, the font has become pervasive. In 1989, for example, it became the official font of New York City Subway signage, but it has also been used in countless logos.

Bell Centennial was created in the 1970s for phonebooks, and specifically to address problems with the printing of those books. If you look closely at the letters, you’ll notice little notches where the strokes meet each other. Those are “ink traps,” meant to deal with the combination of the thin ink used to print phone books and the cheap paper they’re printed on, MoMA explains. Leaving those notches allows the ink to fill in the spaces and make the letters look full and correct when they are printed.

See many more typefaces at Vox