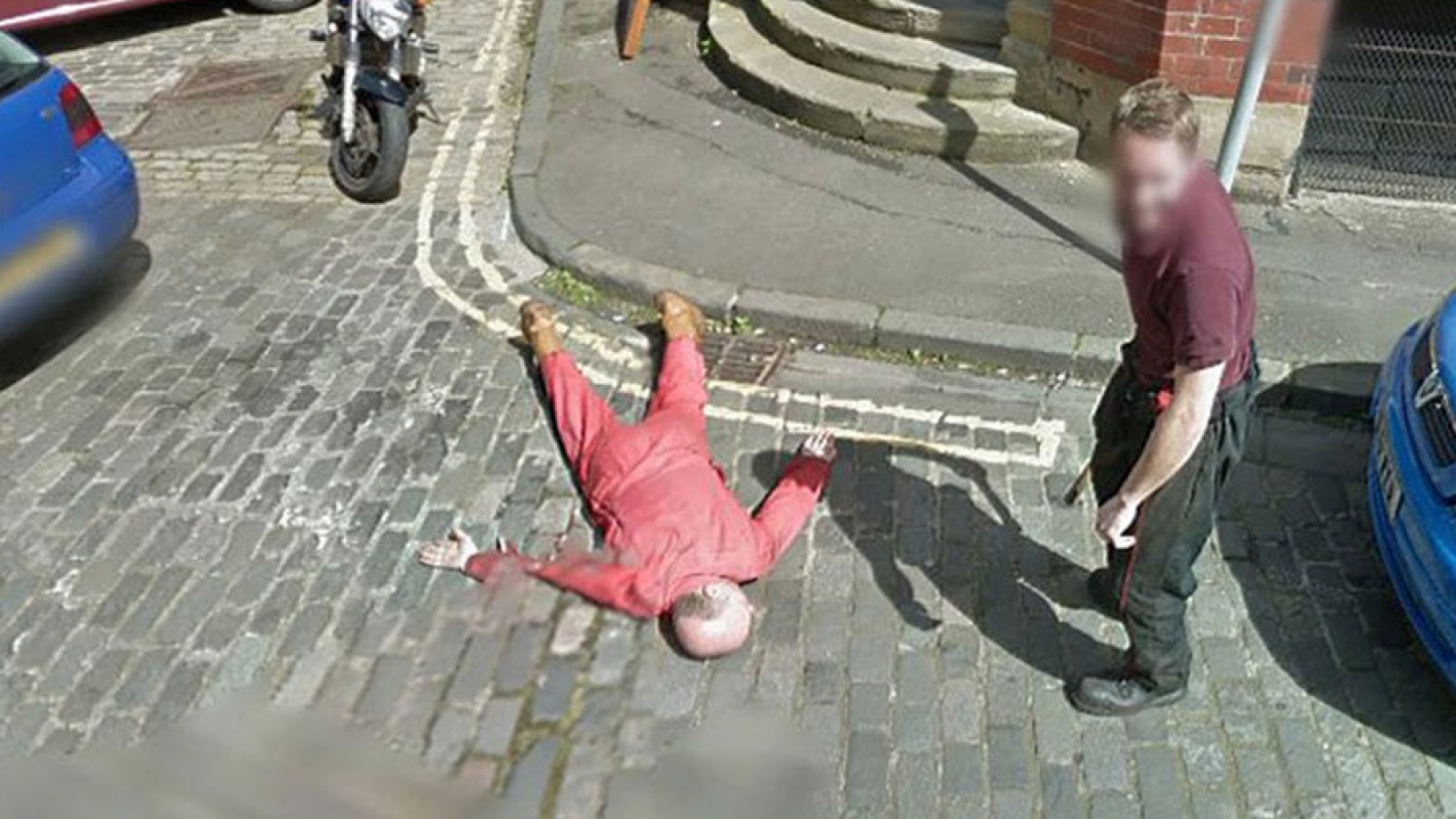 Dan Thompson, 56, who owns Tomson Motor in Edinburgh, Scotland, had to say sorry after receiving a visit from the police.

The mechanic had lain on the road while his colleague stood over him with an axe handle after spotting the Google camera car from a distance.

However, a web user saw the image and made a complaint.

The incident happened in August 2012 but it was not until a year later, once the pictures had been uploaded onto the Google site, that police were alerted.

Mr Thompson told the BBC Scotland news website: “By complete fluke I saw the Google car coming along the road but it had to loop the block so I had one minute to rush back inside the garage and set up the murder scene.

“There are pictures of men on Google flashing their bums but we thought we would be more classy.

“We had forgotten about it when the police arrived a year later and we apologised for wasting police time. They found it funny.”

Mr. Thompson is still very much alive, as evidenced by this photo: